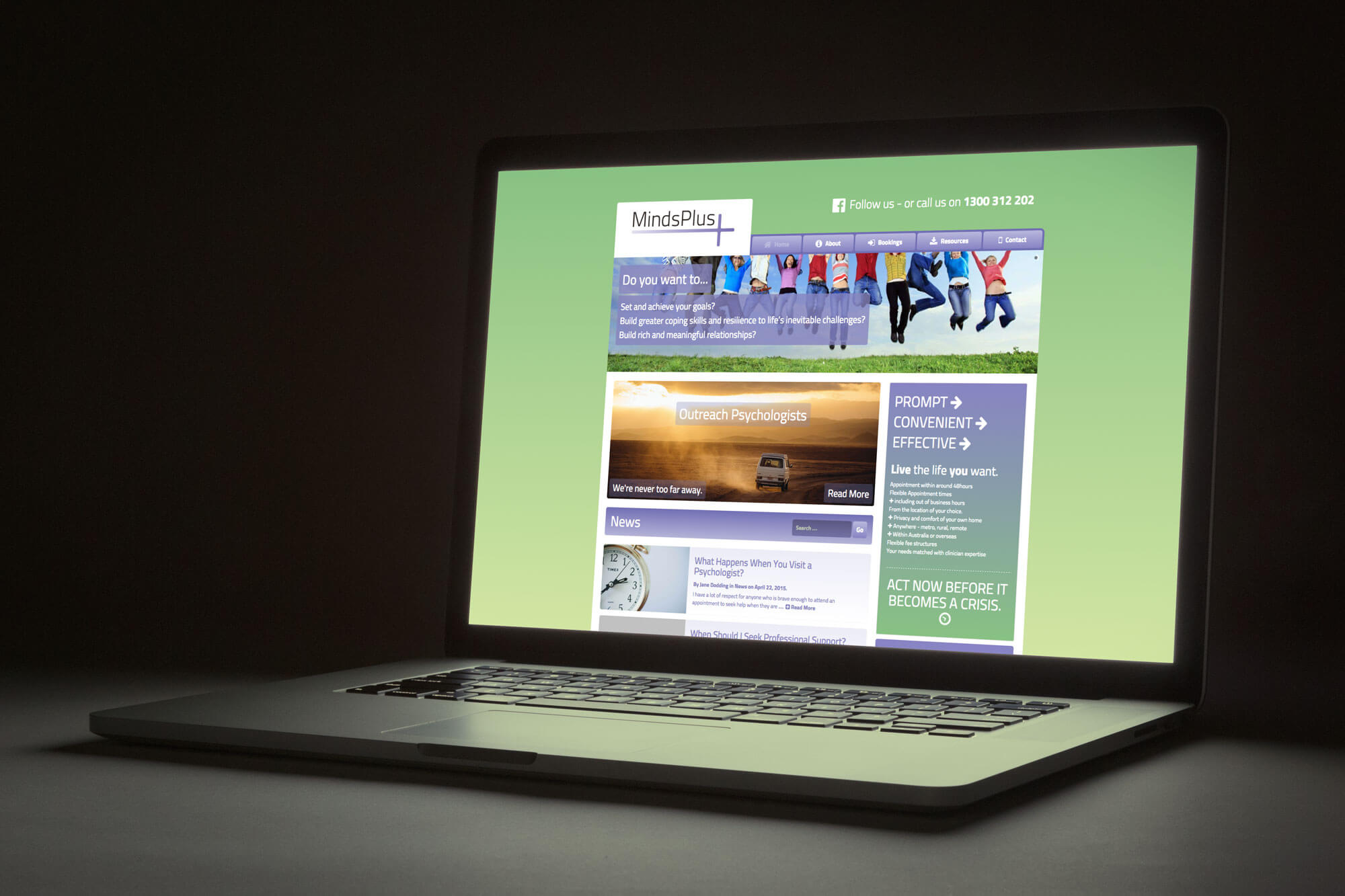 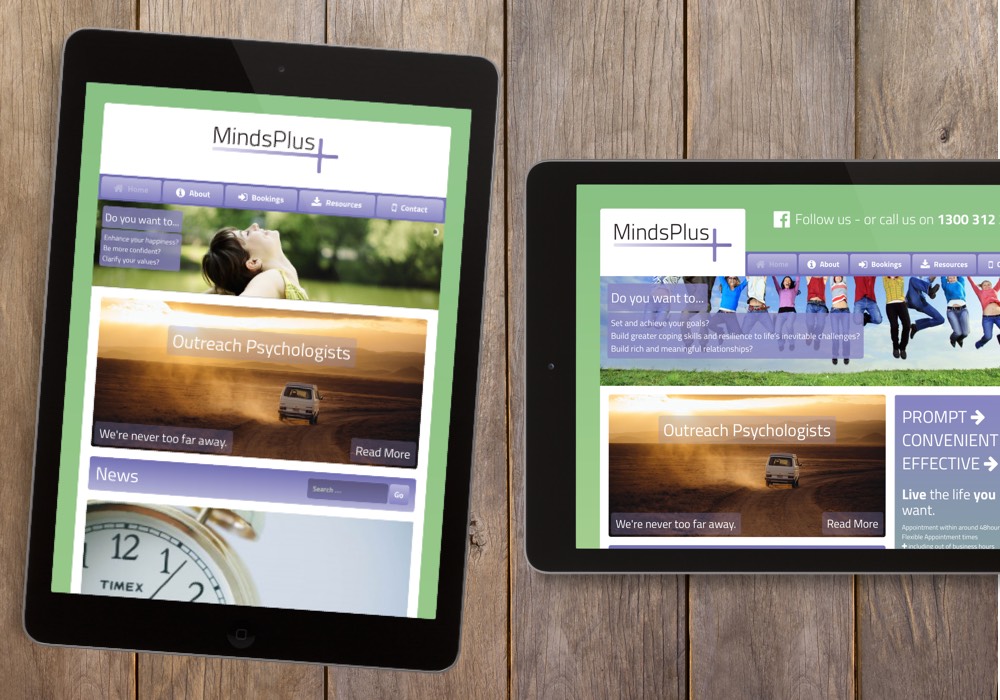 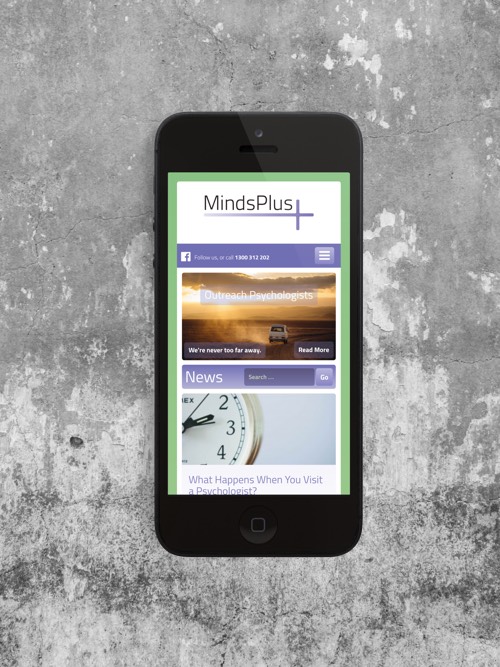 I had originally created MindPlus’ first website purely using HTML & CSS, tied together with some PHP partials. Visually the site looked great, however there were two things it sorely needed; a CMS, and to be mobile friendly.

I had been itching to redevelop it using modern standards for a while, and was very happy when the client decided to green-light the project. The first thing I wanted to do was decide on a CMS - at the time WordPress seemed to be the only legitimate choice, so I went with that.

I wanted to do everything right this time, using modern tools and frameworks. I decided to use BootStrap as the HTML/CSS/JS framework, as I had lots of fun using it for projects at The Kingdom at the time.

I also wanted to use SCSS, as it really sped up stylesheet creation, and made it a much less repetitive process. Additionally, I also ended up using Grunt JS to compile the SCSS files. Lastly, I made sure that the site was placed under version control during development.